IAMA is extremely proud to announce that our winner Meghan Trainor and finalist Ron Korb have just been nominated at the prestigious Grammy Awards.

Most music industry people laughed when Meghan entered and won Best Female Artist in 2010. But, when she hit #1 on the Billboard Hot 100 charts, heard her Multi-Platinum selling song on the radio, they were left completely stunned and speechless. The entrants of IAMA (International Acoustic Music Awards) were surprised and even angry when a 16 year old girl won 5 years ago, completely unaware of the incredible success she was going to achieve. Her song “All About The Bass” has sold over 5 million copies and reached #1 in 58 different countries. The video has garnered over 1 Billion views on YouTube (at press time). 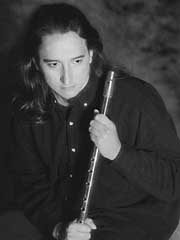 Ron Korb is nominated for Best New Age Album in the Grammy awards. He was a finalist in the 2010 and 2012 IAMA (International Acoustic Music Awards). He is a unique flute player and plays both the chinese and western flute styles. His music is an electrifying blend of Eastern and Western music.

Ron Korb started on the recorder in grade school and later joined an Irish fife and drum band in his teens. While attending the Royal Conservatory of Music in Toronto, he won several local music competitions.