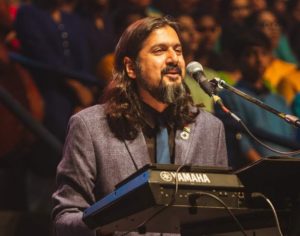 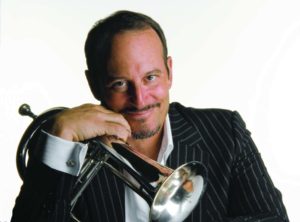 IAMA is proud to announce that our winner Ricky Kej and finalist Jeff Oster have just been nominated at the prestigious Grammy Awards. They are both nominated in the same Best New Age Album category.

Grammy winner Ricky Kej (1st Prize Winner 2018 IAMA, instrumental category) has been nominated again for his latest album ‘Divine Tides’ with Rock-legend Stewart Copeland (The Police) at the 64th Annual Grammy® Awards. Ricky Kej’s previous Grammy® Award win came in 2015 for his album ‘Winds of Samsara’. Based on the ideals of Mahatma Gandhi and Nelson Mandela, ‘Winds of Samsara’ was a runaway success and debuted at No.1 on the US Billboard New Age Albums chart, a first for a person of Indian origin.

Jeff Oster (2018 IAMA Finalist, instrumental category) also received a Grammy nomination. In 2021, Oster joined William Ackerman and Tom Eaton at Ackerman’s Imaginary Road Studios to record the album “Brothers” with Ackerman performing on guitar, Eaton performing on piano, keyboard and guitar and Oster on flugelhorn. Jeff is an American musician who specializes in trumpet and flugelhorn in the New Age music genre. He is also a member of the four-piece band Flow.

“I feel speechless to be nominated, this is rare!” said Jeff Oster.

IAMA (International Acoustic Music Awards) promotes the art and artistry of acoustic music performance and artistry. In its 18th year, IAMA has a proven track record of winners going on to hit the Billboard Charts. Meghan Trainor won Best Female Artist at the 2010 IAMA and went on to hit #1 on the Billboard Hot 100 Charts, 200 Album charts and won a Grammy for Best New Artist. Besides winning the Grammy Award, Meghan has also won two Billboard Music Awards.

For more information on the IAMA (International Acoustic Music Awards), please go to: